It’s not over yet, ice cream maker 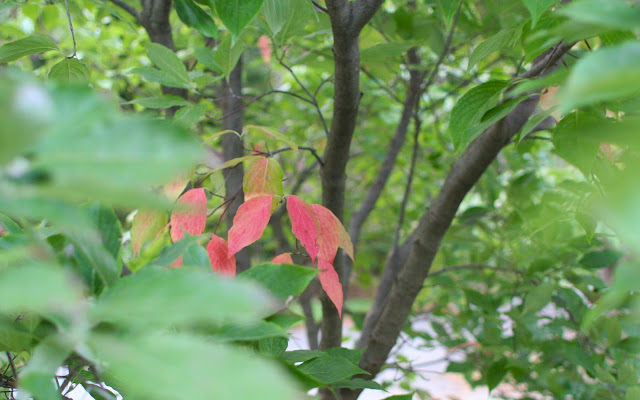 Things are happening! Up in our little corner of the hollow, the woods are filling with color and the clatter of plummeting acorns, and feeling undeniably crunchier underfoot. The squirrels and chipmunks? They're rummaging non-stop, which means our puppy is, too. And so, unfortunately, are the mice in our eaves. A tree crashed down in our yard just in time to provide a winter’s worth of warmth–just in time for the wood stove to blaze to life this past weekend, when temperatures hunkered in the 40’s at night, and blankets weren't enough. As much as I denied it for a while, full, bold autumn is here, and we're all a little bit cheery about digging out our flannel. 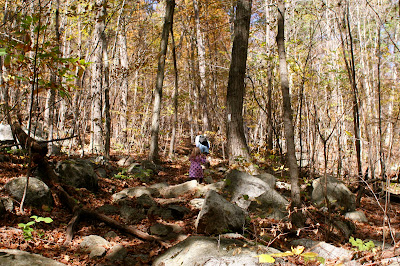 My trusty old ice cream maker, if she could talk, would beseech in her shrill voice: “please don’t give up on me yet!” And I won’t, because even though a bone-chilling drizzle fell outside earlier this week, and a big batch of chicken stock bubbled away on the stove, I’m not ready to throw in the towel. I would miss whisking together a batch of ice cream too much and will likely be going strong into the winter. Ice cream maker: if you thought you would ever get to hibernate, think again.
But my focus is changing a bit. Where I craved bright, juicy fruit flavors when the weather was hot–things like strawberry and peach and very lemony lemon to set off the fresh blueberries we picked–I’m going for spicy and deep now. Lavender-honey is still in the game, because it tastes dreamy with roasted pears. I just plucked the seeds from our runaway fennel plants and must try this recipe from Orangette. But before I do that, I can’t wait to reprise what turned out to be the home run of the summer–and to share it with you. My sister, who is prone to kitchen epiphanies, came up with the idea for this one. If I can say one thing about Cass, it’s that she's the flavor genius of the family–no exaggeration. She’s never had a speck of training, and I’m not sure she actually owns a single cookbook–but she somehow senses in her gut what will work and, most of the time, it does. Chocolate with a little salt? She was onto that long before it became trendy. Grilled pizza with duck confit, pickled onions, jalapenos, and goat cheese? Why not? Drizzled with her cilantro-based green sauce? Insanely good–though the first time she told me of this creation I couldn’t wrap my head around it, because my imagination just does not know the bounds hers does. Since she doesn't really follow recipes, sometimes she’ll get an idea and call me up to see how, from a technical standpoint, she might work it into service. It always perplexes me to see an urgent text from her asking me at what temperature she should, say, roast a chicken–because I think of her as a pro. This July, when she and her family planned on joining us for a weekend in Connecticut, and she said “How about chocolate cardamom ice cream? Can you figure it out?” I knew we had a winner, and I knew that by pooling our resources we could make it happen. And we did! The recipe below was born while the cicadas buzzed outside, and the grass felt warm under our feet…but I know it will taste just as good with snow drifting against the windows. 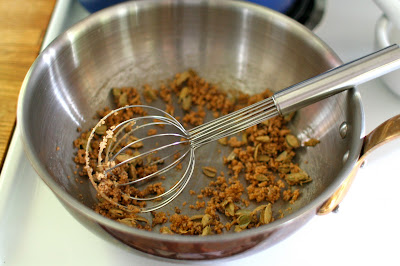 We both have a thing for cardamom, with its heady twang–which, as it turns out, sings along nicely with the rich chocolate (and if we have another thing in common it's our fetish for obscene concentrations of chocolate…I'm talking migraine-inducing). If cardamom happens to be your cilantro, though, you can skip it and just make an ultra-chocolate ice cream with this recipe.


A word about the technique here: I roast and caramelize the crushed cardamom pods for a bit before mixing them with the other ingredients–it's a technique borrowed from Daniel Boulud, from The Café Boulud Cookbook (his recipe is for coffee-cardamom pots de creme). Don't be scared if you've never made caramel before, as the idea here is not to make a perfect, smooth caramel but to deepen and bring out the cardamom flavors more.

Also, for ice cream, I generally make the French-style custard variety–which calls for egg yolks. In order to make this type of ice cream you have to literally cook it, gently tempering the hot milk and cream mixture into the egg yolks so they won't scramble and give you gross, lumpy ice cream. Just be patient and, if in doubt, lower the heat. 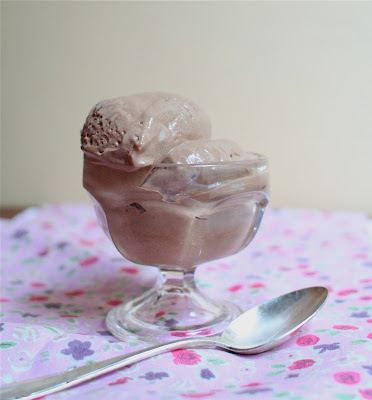 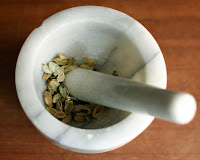