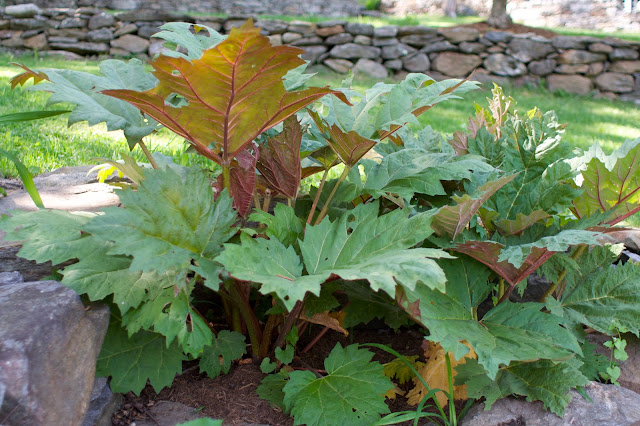 Here is our rhubarb patch in all its leafy, red-veined fury. It more than holds its own against four-footed destroyers, who otherwise declared victory in the gardening battle years ago. Aside from a few insect nibbles, these plants sally out of winter and bolt through summer largely unscathed–faring better than the poor, tender chard did. Their home, in northwestern Connecticut, is also our home when we can be there: a tiny little house in a hollow with soft, terraced hills and a good spring that fills our well with clear water. 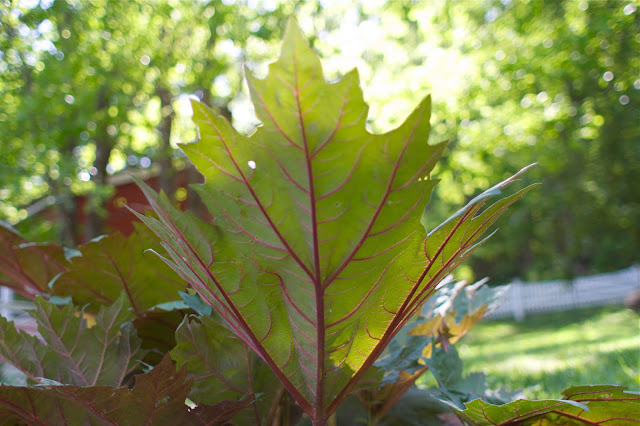 The house was begun in the late 1700's, and I wonder a lot about those first, hardy souls who laid stone upon cold, gray stone to build the walls and foundations, because we occasionally find their rusty remnants–their axe heads and horseshoes–strewn at the edges of the woods and poking up out of frost heaves. I imagine those folks must have been a lot like rhubarb, themselves: brave, ruddy, and not just a little bit cantankerous. 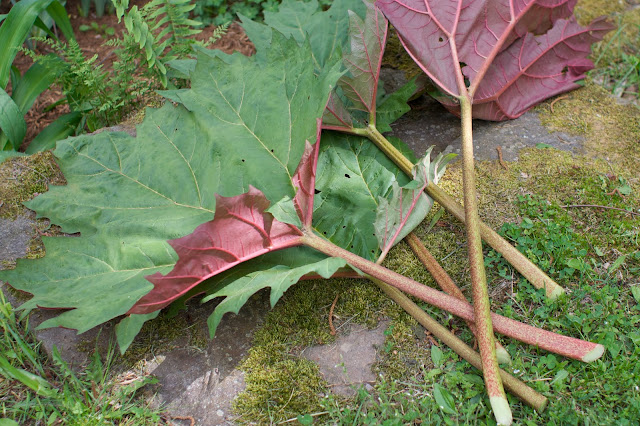 They knew a good story or two, because they had little else to do in cold weather but sit around the wood stove and warm their spindly legs–and there was little more to the original house, really, than an enclosure for that fire. Maybe, in its glow, they let their guards down and allowed their sweet sides to unfold. 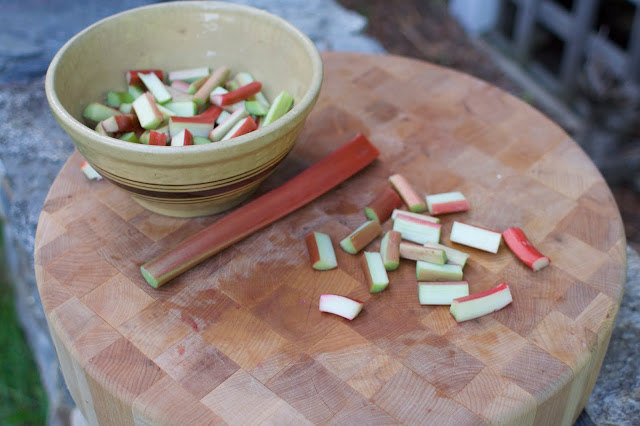 Perhaps, like us, they grew shocks of rhubarb and looked forward to this first fruit of spring (we know those stalks really aren't fruits, of course, but we dice and sugar them into thinking they are). 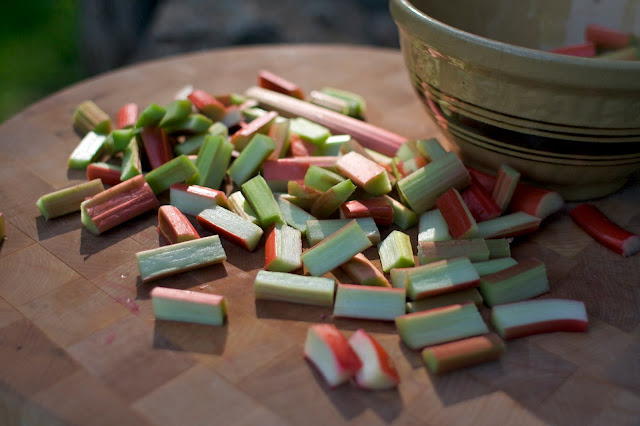 I hope to always live in old, hand-me-down houses, just to feel the lives that have passed through them and etched marks on the beams over the centuries. For now, we're just tending house for the next generation...and while we're there, enjoying our rhubarb tarts the rustic, old-fashioned way: in nutty, free-form crusts that know no tart molds or pie pans. 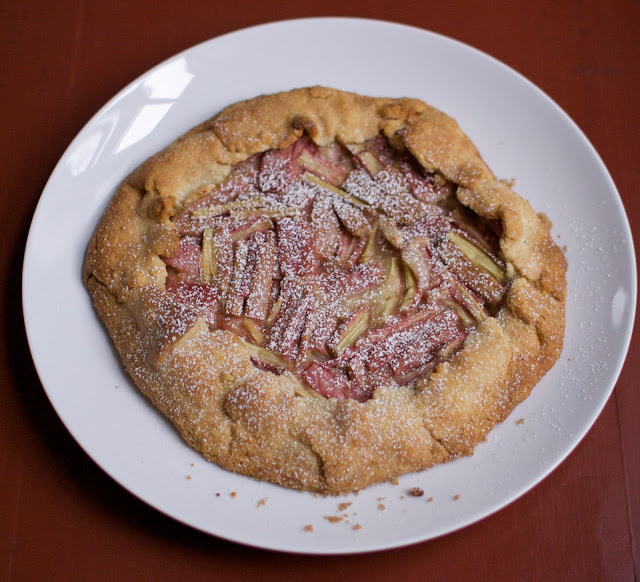 Rhubarb-Almond Galette
Adapted from Alice Waters, Chez Panisse Fruit
Ingredients:
Instructions:
Preheat oven to 400 degrees. Chop rhubarb into lengthwise strips, then crosswise so you have thin segments, about an inch long and 1/4 inch wide. Toss rhubarb pieces in a bowl with 3/4 cup sugar and 2 tablespoons flour, and set aside. 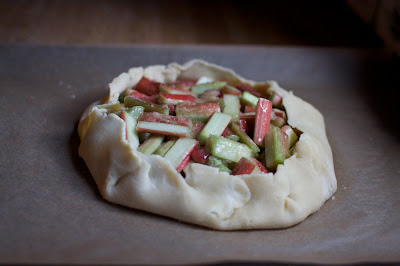 Take dough from refrigerator. In a small bowl, mix together 2 tablespoons almond flour and two tablespoons sugar. Crumble almonds coarsely into mixture and stir. Sprinkle this mixture onto dough, leaving a 1 1/2 inch border unsprinkled. Arrange the rhubarb pieces on top–the mound will be very tall. Take the border of dough and fold it up and around the edge of the fruit, crimping and pinching it at intervals. You want to create a strong dam around the fruit, which will give off juices as it cooks. If dough cracks, pinch it shut. Brush border with melted butter and sprinkle with sugar.
Bake in the center of the oven for about 45 minutes, rotating after 15 minutes and flattening down fruit gently with a spatula. When galette crust is golden and fruit is soft, remove from oven and cool for about 15 minutes before serving. Serve with whipped cream, creme fraiche, or ice cream.
Almond Galette Dough

Ingredients:
Instructions:
Put flours, sugar, salt, and butter in the bowl of a food processor and pulse until the largest lumps of butter are the size of peas. Or, working quickly, rub butter into the flour mixture with the palms of your hands until pea-sized butter pieces remain. Next, slowly drizzle in ice water, mixing, until dough just barely comes together but is still ragged. Only use as much water as you need. Press dough into two disks and refrigerate, wrapped in plastic, at least 30 minutes before using.
Posted by claiborne at 3:26 PM